The diversity of working styles, such as side jobs, side jobs, and freelancing, has attracted attention in recent years. At the same time, work styles that do not focus on time or place, such as spot work and home work, are rapidly spreading. This article looks at “CrowdWorks” and “Lancers” the nation’s largest crowdsourcing platforms. Crowdsourcing is a system that recruits jobs to many and unspecified people through an online service and places orders.

What’s the difference between the two services that are so well-known that you’d better sign up for freelancing or working from home? I compared it from the point of view necessary for various jobs.

CrowdWorks is one of the largest crowdsourcing services in Japan, operated by CrowdWorks Inc. CrowdWorks, which has been around since 2012, is one of the largest in the country with 2.74 million users (As of May 2019) and 2.52 million job requests (As of May 2019). The number of services has increased significantly due to the government’s reform of working styles and the diversification of working styles in line with the spread of the Internet in recent years.

CrowdWorks is operated by CrowdWorks Co., Ltd. CrowdWorks is a listed company listed on the Tokyo Stock Exchange Mothers. It was established in 2011. CrowdWorks operates CrowdWorks, one of Japan’s largest crowdsourcing services, and CrowdTech, a support service for freelance engineers. We also run a one-on-one lesson service called Saita as an educational service. It’s a service that matches people who have areas of expertise with people who want to learn them.

Here are the CrowdWorks fees.

A certain fee is charged as a system usage fee according to the order unit price of the project as follows. The system usage fee is a fee incurred when you actually work on CrowdWorks, and there is no usage fee at the stage of service registration, job request, or application.

You can use the service for free from registration to order.

Lancers is a safe and secure job marketplace run by Lancers Inc. where “someone to whom you wish to assign a job” and “someone who wants to accept an order for a job” can meet. Like CrowdWorks, it offers crowdsourcing services. With 2.1 million deals (As of May 2019), Lancers is second only to CrowdWorks and is one of the largest in the country. Lancers offers a variety of plans based on freelance quality and ordering style.

Lancers is operated by Lancers Corporation. It was founded in 2008 and has a longer operating life than CrowdWorks. As of May 2019, it is an unlisted company.

Then I will introduce the Lancers fee.

Comparison of Number of Projects

In terms of the number of deals, CrowdWorks is likely to win.

The main feature is that the design work is Lancers. Is the total work such as writing and light work classified as CrowdWorks? However, I think it is within the margin of error.

In terms of the quality of the deal, it’s even. Both CrowdWorks and Lancers have a rich portfolio of government agencies, large Internet companies, and large corporations. Some companies place orders with both. Benesse, Recruit and Yahoo! and other prominent companies.

I think Lancers will be more supportive.

Lancers offers “freelance traffic support” freelance benefits. For example, we provide loans, tax support, and welfare services. Also, we run a community site called The Lancer where you can have an exchange such as an off meeting. The fact that there is an award system called Lancers of the Year appeals to the competitive spirit. CrowdWorks also offers a benefits service called “Freelance Life Support” and a Q & A service called “Workplace for Everyone”.

As for the pay, it’s even. In either case, the commission will be 5% to 20% depending on the project unit price. In addition, the service is available free of charge to the orderer. Both CrowdWorks and Lancers are escrow, in which the service temporarily receives the compensation from the client and passes it along with the completion and evaluation of the work. It’s hard to get paid or not, and I feel secure.

First of all, let me tell you the conclusion. If you get lost, I recommend you to register “Both”.

Each service has its own characteristics regarding the content of the project. Some deals exist on one side and not on the other. If you don’t have time to do this, it’s a good idea to sign up for two.

Both CrowdWorks and Lancers are among the largest in the country, so there’s not much difference in services. It can be said that each has its own characteristics. Going back to the original conclusion, it would be better to register in two and look for a better deal if possible.

In Utility, I write articles that lead to increased productivity of side jobs, freelancers, and other lifestyles. Please take a look at the following if you’d like. 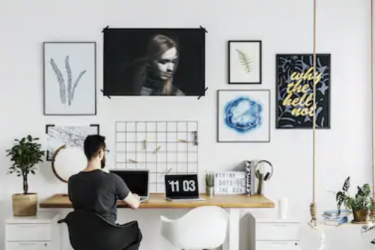